After largely succeeding in shielding itself for the first four months of the pandemic, Hawaii is being hit hard by Covid-19.

Thanks to its nearly 2,500-mile distance from California and a mandatory 14-day quarantine for new arrivals, Hawaii had fewer than 2,000 cases of Covid-19 between March and late July, one of the lowest infection rates in the nation. In the past month, it has reported more than 5,500.

The sudden surge threatens a public health crisis and could extend how long it will take the state to revive its tourism-dependent economy, which has been decimated by the drop in travel.

In July, Hawaii had the seventh-highest unemployment rate in the U.S. at 13.1%, up from 2.7% in February. Visits by tourists were down 91% in the first 10 days of August from a year ago, at 23,000, according to the Hawaii Tourism Authority.

Throughout the spring and early summer, Hawaii ranked nearly last among U.S. states in cases per 100,000 people, according to a Wall Street Journal analysis of Johns Hopkins data. Through Tuesday, Hawaii ranks 19th in cases per 100,000 people this month. Over 70% of Hawaii’s total cases were reported in August and about half of its 51 deaths, more than any other state on both measures.

Tim Brown, an infectious disease specialist at the East-West Center, a research organization based in Honolulu, said he was surprised Covid-19 has spread so rapidly in Hawaii.

“As a public health professional, I expect this to look like New Zealand,” he said, referring to the Pacific island nation that isolated itself and had few Covid-19 cases.

It isn’t clear what lies behind the recent surge, though the fact that multigenerational, extended families often socialize in Hawaii has been a key factor.

“Several generations getting together on a regular basis that don’t live in the same household has given the virus another opportunity to spread,” Dr. Brown said.

The Hawaii Department of Health said in a social media message earlier this month that the “clusters in Hawaii are a result of workplace social interactions.” Most businesses, including retail stores, have been open since May, provided they follow safety guidelines including social distancing. Customers and employees are required to wear face coverings.

Would concerns over Covid-19 stop you from visiting Hawaii as a tourist? Why or why not? Join the conversation below.

Two weeks ago, a virologist and epidemiologist with the state’s Disease Investigation Branch went public with claims that the department had insufficient resources.

Jennifer Smith said staff whose job is both to contact trace and implement isolation and quarantine plans for those infected can only handle three cases a day. But on a recent Tuesday, Dr. Smith said she came into work to find 22 cases in her queue.

“Then I walked in on Wednesday and I had 47 cases,” she said.

Gov. David Ige said his office has brought in more staff for disease investigation and tracing.

“The Department of Health has played a critically important role in this unprecedented battle against a global pandemic that has challenged public health officials, policy makers and members of the public from its very onset,” the Democrat said.

Ground zero for the virus is on Oahu, the most populous of the Hawaiian islands and home to the state’s capital and largest city, Honolulu. While 70% of the state’s population lives there, 91% of its cases have been reported there.

Troy Sakaguchi watched his 74-year-old mother, Ellen Sakaguchi, die in Oahu of Covid-19 complications from his home in Nevada.

“For me it didn’t make any sense to go back if I couldn’t see my mom in the hospital,” said Mr. Sakaguchi, who moved to Nevada in 2005. He said he believes his mother contracted the virus from members of his extended family who live at his mother’s home on Oahu.

On Tuesday, Mr. Ige approved an emergency order requiring all nonessential workers on Oahu to stay at home for two weeks. Social gatherings are also prohibited.

The state had hoped to launch on Sept. 1 a pretravel testing program where instead of quarantining for 14 days upon arrival, visitors would be required to provide a negative result from a Covid-19 test taken within three days of their flight. But the recent surge in cases has put those plans on hold until at least Oct. 1, Mr. Ige said earlier this month.

Leisure and hospitality accounted for 59% of the 115,000 nonagriculture payroll jobs lost between April and July, according to the state’s chief economist, Eugene Tian.

The new coronavirus-fueled travel restrictions will make a revival of that battered sector even more challenging.

Dina Helene, manager of the Sunrise Shack, a health food and drink store located on Honolulu’s Waikiki Beach, said she has cut staff with each bit of bad news, from the first shutdown in March to the closure of beaches this month and now the reinstated stay-at-home order.

“I cannot understand how these people are going to survive,” she said after taking an order on a morning so slow she had to send a worker home. “There are just so many people out of work.”

—Anthony DeBarros contributed to this article

Write to Talal Ansari at Talal.Ansari@wsj.com 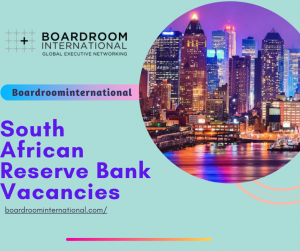