Governors in parts of the U.S. took cautious steps toward reopening, as the U.S. reported more than 34,000 new coronavirus cases.

Louisiana Gov. John Bel Edwards on Thursday said the state would move into the next phase of its reopening plan Friday, while Illinois Gov. J.B. Pritzker said improving metrics in some counties near Chicago could pave the way for restrictions to ease in that region. On Wednesday, New York Gov. Andrew Cuomo set the stage for indoor dining to resume in New York City.

Notes: For all 50 states and D.C., U.S. territories and cruises. Last updated

Note: For all 50 states and D.C., U.S. territories and cruises. Last updated

These moves come as the daily number of coronavirus cases edged up slightly from totals seen earlier in the week. Both Monday and Tuesday, the U.S. logged fewer than 30,000 new cases. Testing, however, declined over Labor Day weekend and afterward, according to the Covid Tracking Project. The U.S. conducted fewer than 590,000 tests daily Monday through Wednesday compared with last week, when daily tests topped as much as 900,000.

“If there is a Labor Day bump in cases, we probably won’t be able to detect it until late September,” Christine Ekenga, assistant professor of public health at Washington University in St. Louis, said Wednesday.

The seven-day average of new cases was about 35,394, according to a Wall Street Journal analysis of data from Johns Hopkins University. That is the lowest it has been since June 26.

Travel: The U.S. government on Monday will stop requiring incoming passengers from certain countries to undergo a health screening at the airport, the Centers for Disease Control and Prevention said, adding the U.S. now has a better understanding of how Covid-19 spreads and believes those screenings have “limited effectiveness.”

In a statement, the CDC said the screenings don’t blunt transmission of the virus because passengers may not yet have symptoms or may be asymptomatic.

The federal government also no longer will direct all incoming passengers from certain countries to arrive at one of 15 airports. Passengers arriving from China, Iran, certain European countries, the U.K., Ireland and Brazil have been required to undergo health screenings upon arrival.

The CDC said it instead will give priority to educating passengers about the transmission of the virus before, during and after a flight and collecting contact information electronically to avoid long lines. The agency also said it would give priority to “potential testing” but didn’t give more details about how testing might be expanded.

Note: Trend indicates whether a state had an increase or decrease in total number of cases in the past seven days compared with previous seven days. Last updated

Note: Last updated on . Negative values are
due to revised figures.

Economy: Unemployment claims in the U.S. remained steady last week compared with a week earlier, at more than 880,000, the Labor Department said Thursday. Claims have fallen since March, but remain at historically high levels. Stocks rose in morning trading.

The U.S. Senate will take up a pared-back coronavirus relief bill Thursday, which most Republicans are expected to support. Democrats are set to block the legislation since they say it doesn’t go far enough.

The bill doesn’t include some provisions from Republicans’ earlier plan, such as an additional $1,200 stimulus check for many Americans. It calls for about $300 billion in new spending.

Louisiana: Mr. Edwards said the state will enter Phase 3 of its reopening Friday and that he will share more details about the phase then.

Deciding to move into a new phase “was probably the hardest decision” so far, he said, given that the state doesn’t yet have data reflecting recent events and their impact on infections. Schools have reopened, Hurricane Laura recently passed through and Labor Day weekend just concluded, he noted.

Mr. Edwards cautioned that entering Phase 3 doesn’t mean the virus is gone or that all restrictions are lifted. The governor reported 499 additional Covid-19 cases and 21 new deaths.

California: Erica Pan, acting state health officer, said 5,231 people are in non-congregate shelters and 81 are in congregate shelters, as wildfires continue to burn across the state. Dr. Pan said residents must still be conscientious of the virus, even amid the fires.

Get a coronavirus briefing six days a week, and a weekly Health newsletter once the crisis abates: Sign up here.

“This is not a reason to gather indoors,” she said Thursday, noting the poor air quality in California.

The state reported 3,338 new cases and a 14-day positivity rate of 4%. California’s seven-day average of new cases is 3,670. The average test turnaround time across the state is 1.3 days for the week ended Aug. 29, down from 1.7 from a week earlier.

Illinois: Mr. Pritzker said region seven, which includes Will and Kankakee counties south of Chicago, is seeing an improvement in its positivity rate and could revert to phase four if the trend continues. The area’s seven-day rolling average positivity rate is 7.5%.

“If they keep up the good work, region seven will soon be restored to phase four mitigations which would mean higher indoor capacity limits for gatherings and businesses like restaurants and bars,” the governor said.

Elsewhere in the state, the positivity rate is higher. Mr. Pritzker said the region that includes the area east of St. Louis is still seeing high rates of community spread and has a 10.1% seven-day rolling average positivity rate.

New York: Subway riders not wearing a mask will be fined $50, Mr. Cuomo announced Thursday. Masks have been required on public transit systems since April.

Vaccines: An independent committee is reviewing the potential safety concern that led to a pause in

PLC’s clinical trials of an experimental Covid-19 vaccine. Chief Executive Pascal Soriot on Thursday said, “We could still have a vaccine by the end of this year, early next year.”

Health experts say it is likely that more than one vaccine could succeed in clinical trials and become available in the near future. Anthony Fauci, director of the National Institute of Allergy and Infectious Diseases, told The Wall Street Journal: “It’s quite conceivable, if not likely, that you’re going to have multiple candidates that’ll get over the finish line that will actually be good enough to be approved for production and use.”

India: The country reported a record single-day surge in both cases and fatalities, with 95,735 new infections and 1,172 deaths, according to data from the Health Ministry. India’s total number of confirmed cases surpassed 4.46 million, the second-highest level behind the U.S., according to Johns Hopkins, while the death toll topped 75,000. Medical experts have said the easing of most virus-related restrictions, along with lax adherence to social-distancing rules, has likely contributed to the rise in infections.

Japan: The Japan Sumo Association reported 18 new cases Thursday at a sumo stable after a wrestler tested positive a few days earlier. Several sumo wrestlers have been infected with the virus over the course of the pandemic. A 28-year-old wrestler died from Covid-19 in May. Nationwide, Japan reported 510 new cases and 13 deaths, in line with recent levels.

South Korea: The country reported 155 new cases, the eighth day in a row that infections remained below 200. The latest numbers show improvement after cases surged in mid-August due to an outbreak largely tied to churches. Tightened social-distancing measures are set to remain in place until at least Sept. 20.

U.K.: The British government prohibited gatherings of more than six people in England starting next Monday. It is the latest country in Europe to reimpose restrictions on daily life amid a surge in cases. Newly detected infections appear overwhelmingly mild: Hospitalizations and deaths have remained more or less stable at low levels in most countries. But the worry is that without firm action now, infections could percolate by winter to higher-risk groups including the sick and the elderly.

Austria: Austria joined European countries seeing a surge in infections, reporting 664 new cases Thursday, 387 of them in Vienna. It was the highest increase since late March.

Indonesia: The country reported a record 3,861 new infections, increasing its total to more than 207,000, with 120 new deaths. Fatalities stood at 8,456, the highest in Southeast Asia, where the Philippines also saw an uptick in new cases, reporting 3,821 Thursday, the highest in 11 days.

—Rebecca Ballhaus contributed to this article.

Write to Allison Prang at allison.prang@wsj.com and David Hall at david.hall@wsj.com 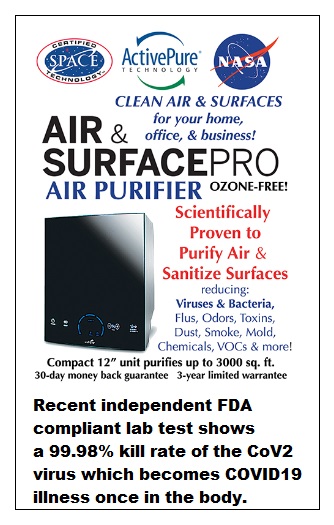 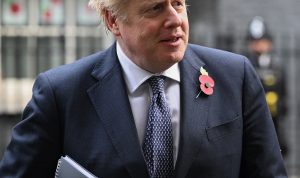